The Maestro Temirkanov
International Foundation
for Cultural Initiatives
+7 (812) 312 98 71
St. Petersburg, Mikhailovskaya Street 2
info@temirkanovfoundation.org
En
Ru
Bom in 1938 in the Caucasus city of Nalchik, Yuri Temirkanov began his musical studies at the age of nine. After leaving a seven-year music school in Nalchik, he subsequently studied at the Leningrad Training School for Music, affiliated to the Leningrad Conservatoire, and entered the latter in 1956.

In 1966, Yuri Temirkanov won the First Prize in the 2nd National Conducting Competition in Moscow.

Between 1968 and 1976 he managed the Leningrad Academic Symphony Orchestra.

From 1976 to 1988 he held the musical directorship and was principal conductor of the Kirov State Theatre of Opera and Ballet.

In 1988, Yuri Temirkanov was appointed artistic director and principal conductor of the Shostakovich Philharmonic Symphony Orchestra of Leningrad.

In 1979, he was named chief guest conductor of the Philadelphia Orchestra and of London's Royal Philharmonic.

In 1992, he becomes a chief guest conductor of The Dresdner Philharmonic.

From 2000 to 2006 Maestro Yuri Temirkanov served as music director of the Baltimore Symphony Orchestra. Upon the conclusion of his tenure, he earned the title music director emeritus.

Since 2009 he is a music director of the Teatro Regio di Parma, Italy.

The awards given him include:

The Order of St. Cyril and St. Methodius Recipient (Bulgaria, 1998) Honorary Membership from The International Academy of Sciences, Education, Industry and Arts, the USA (1998)

The President of the Russian Federation Award (2003)

Honorary Doctorate from The Rimsky-Korsakov Conservatoire of Saint Petersburg (2003) 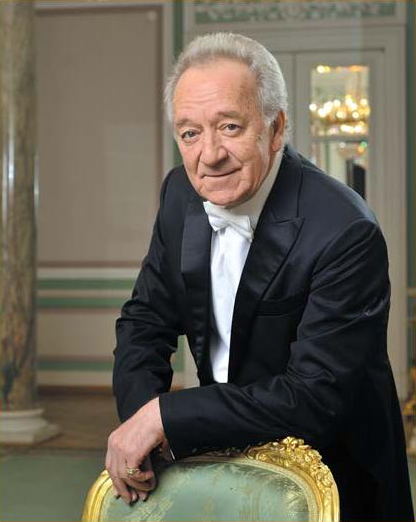